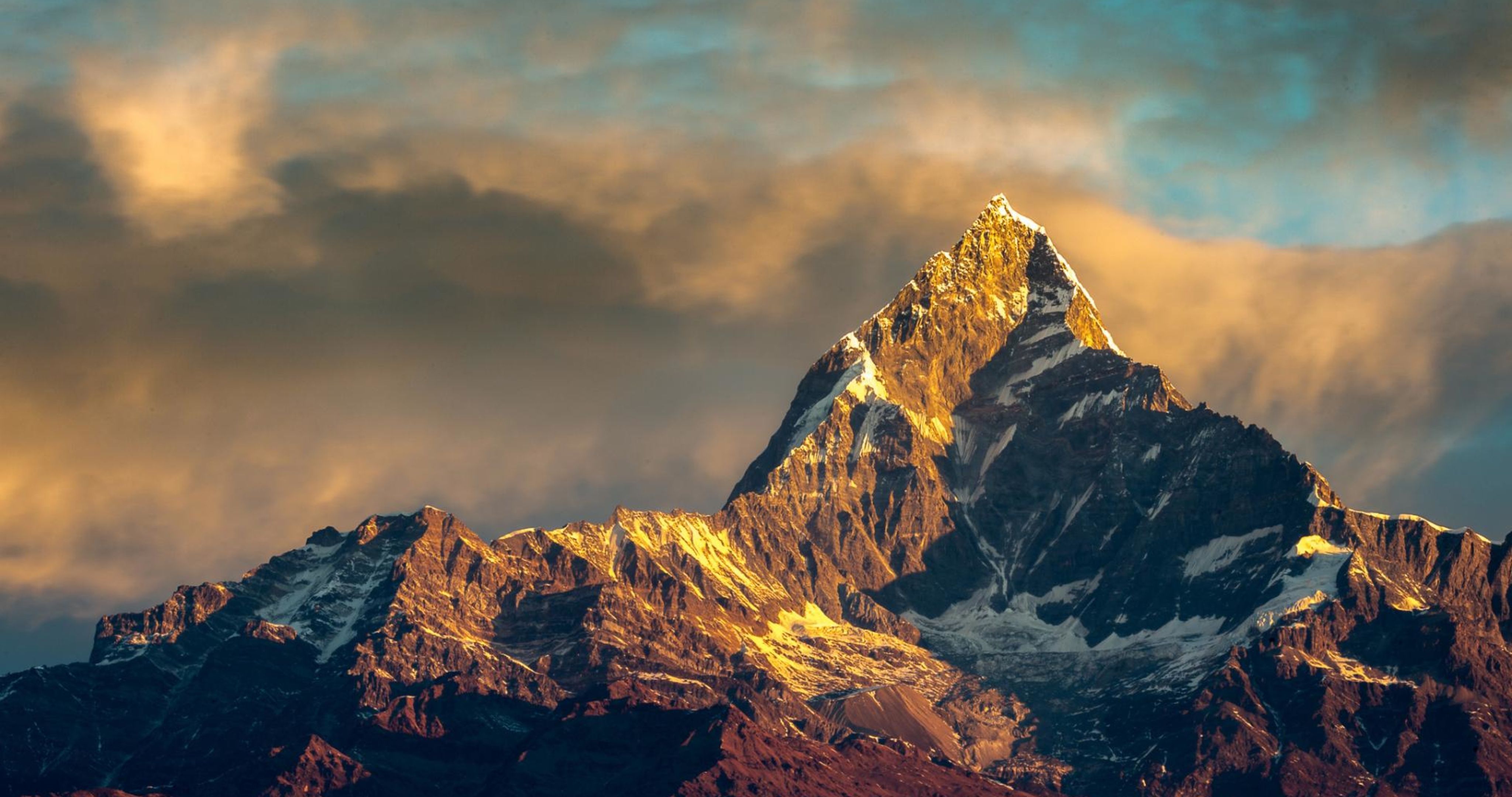 Nepal is the most beautiful and stunning Himalayan country in the world. Though small in size, it is known in the world as a nation of colorand contrasts-a hidden Shangri-La of nature, culture and adventure. In the countryside the way of life is still traditional, nature is at its best, high mountains and lush valleys are ideal places for trekking and mountaineering, flora and fauna invites a nature lover for a rendezvous with them.Nepal is rich with traditions of art and culture and Kathmandu, the capital city, is a treasure house of ancient art and culture.

GEOGRAPHY: Nepal is a landlocked country lying on the southern slopes of the Himalayas between India and China. Its area is 147,181 sq.km. It is 885 km east to west and 145 to 241 km north to south. The country is divided into three geographical regions.

HIMALAYAN REGION: The altitude of this region is above 5,000m. The region encompasses eight of the 14 highest summits of the world crossing over an altitude of 8,000m including Everest, Annapurna, Dhaulagiri etc.

HILLY REGION: The region lies between the Himalayan and Terai region soaring up to 4,877m.

TERAI REGION: It extends from the Nepal-India border in the south to the base of Siwalik Hills (Churia) in the north. Its elevation ranges from 70 to 200m with subtropical climate.

PEOPLE: Nepal has a composite population stemming from various racial and ethnic communities. It has been a melting pot of diverse linguistic and ethnic groups with population 25 million living in different regions, wearing different costumes and speaking different languages and dialects
the people belong to multi-ethnic groups, ranging from the Indo-Aryan to Mongoloid. The Himalayan and central hilly regions are mostly inhabited by the people of the Tibeto-Burman stock while the people inhabiting
the Terai lowlands may be grouped under the Indo-Aryan category.

RELIGION: Hinduism and Buddhism constitute two major religions in Nepal. a remarkable feature of Nepal is the religious homogeneity what exists, particularly between the Hindu and Buddhist communities. Apart from the Hindus and Buddhists, Muslim forms the third largest religious group.

HISTORY: Nepal has a long glorious history. Its civilization can be traced back to thousand of years before the birth of Christ. For centuries, the kingdom of Nepal was divided into many principalities (Chaubise States). Kirantas ruled in the east, the Newars in the Kathmandu Valley, while Gurungs and Magars had their domain the mid-west. The Kirantas were said to have ruled their territories from 300 B.C. The country took its present shape only after 1768 A.D. when Prithvi Narayan Shah, king of Gorkha, conquered and united all the tiny states into one kingdom. 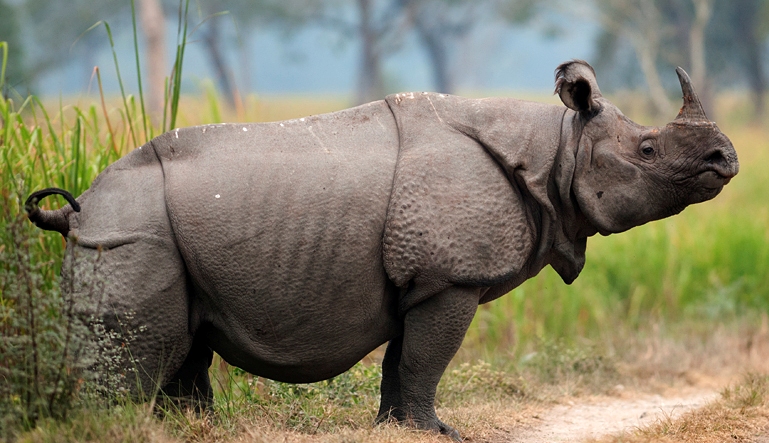 In Nepal, the rhino population was estimated at ca. 1,000 in the Chitwan valley until 1950. The area was well protected by the then Rana rulers for sport hunting. It was also secure from outsiders since malaria was rampant. Only a few indigenous communities like the Tharus , who are immune to the disease, lived there. Their impact on the natural environment was negligible.

Nepal’s Hindu and Buddhist temples are masterworks in oiled brick, stone and carved wood. Awe-inspiring statuary, incredibly ornate toranas (lintels) and erotic carvings still inspire the desired amount of wonder. The tiered temples of Kathmandu’s medieval Durbar Square are a magical place to watch traditional city life. Nepal’s best preserved medieval town, Bhaktapur, offers the tallest temple in the country, a royal palace and even some carved elephant erotica. Patan’s Golden Temple is centred on a beautiful Buddha statue and fine Tibetan frescoes. And the 1500-year-old Licchavi statues of Changu Narayan Temple rank it as a treasurehouse of Himalayan art. 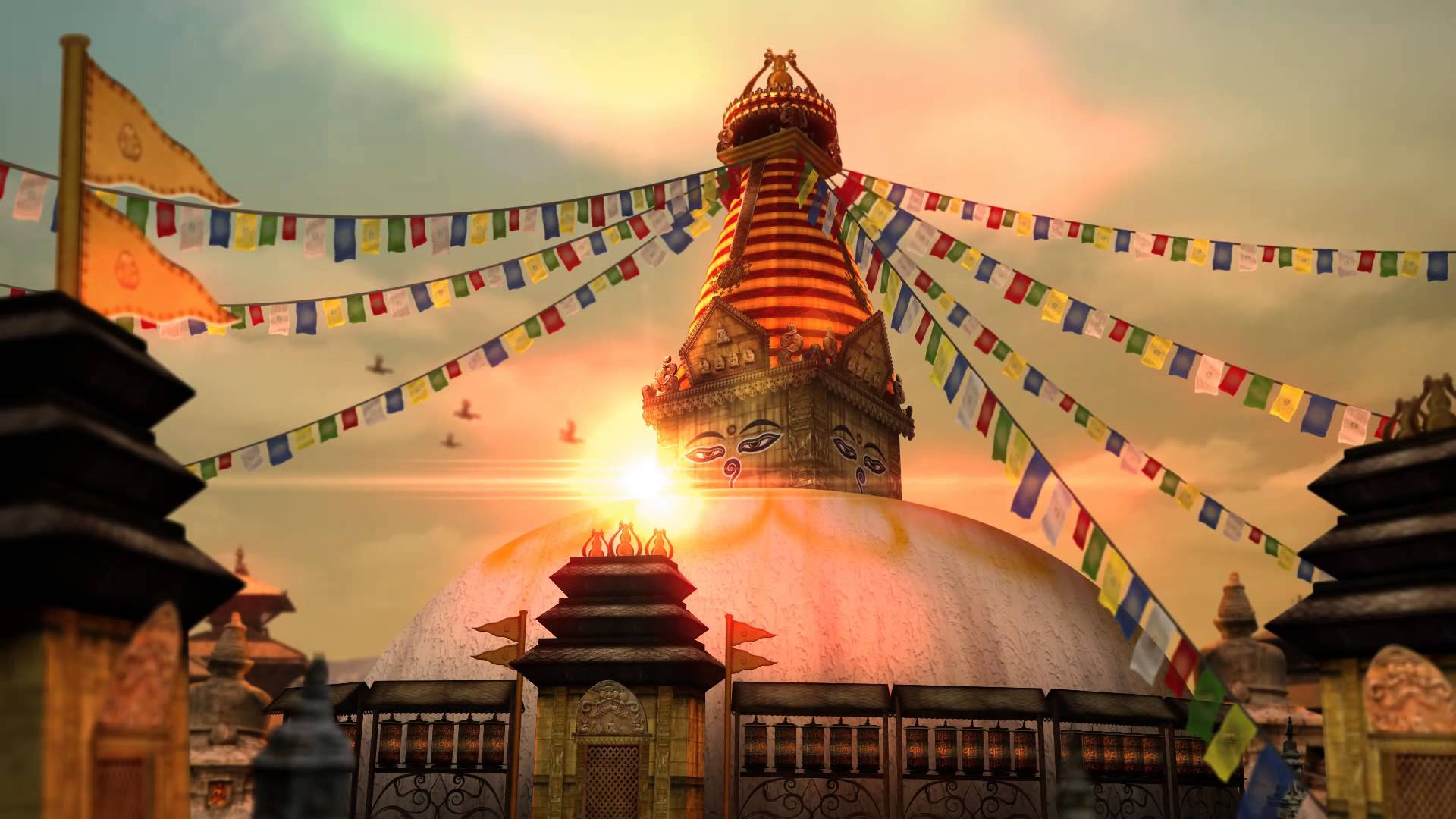 Boudhanath is one of the famous destinations to visit in Kathmandu Valley. This UNESCO World Heritage site is a semi-circle shaped Stupa which supposedly contains the relics and remains of Buddha. Every part of the monument’s architecture has an abstract spiritual meaning. Every portion has symbolic significance: the base, dome, square Harmika, spire, and pinnacle represent the five elements; the 13 tiers of the spire stand for the stages to enlightenment, while the umbrella atop is the symbol of royalty. Many small Stupas, statues and colorful Tibetan prayer flag surround the huge Stupa. Boudhanath is one of the most beautiful Buddhist shrines and cultural heritages of Nepal.

Many experience the spiritual peace as they do their a ritual circumnavigation of the dome, beneath the peaceful wisdom  eyes of the Buddha, which gaze out from the gilded central tower. 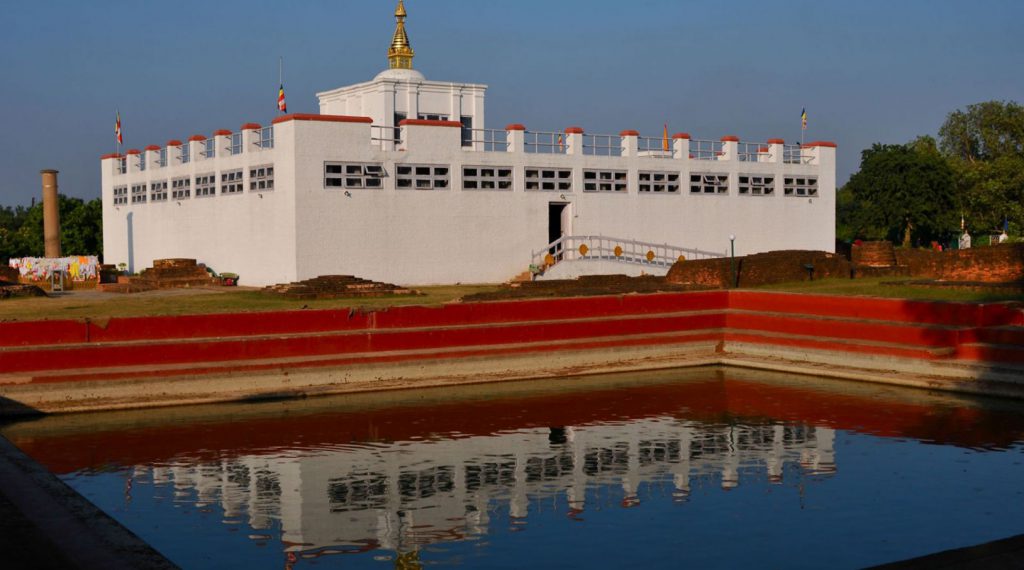 Siddhartha Gautama, the Lord Buddha, was born in 623 B.C. in the famous gardens of Lumbini located in the Terai plains of southern Nepal. Ashoka Pillar built by the Great Mauryan Emporer Ashoka in 249 BC in Lumbini contains an inscription about the birth of the Buddha, the Light of Asia. Lumbini is now being developed as one of the holiest Buddhist Site with the archaeological remains associated with the birth of the Lord Buddha. An important archeological site near Lumbini, Kapilvastu contains the ruins of the ancient palace where Lord Buddha spent his formative years.The holy site of Lumbini has ruins of ancient monasteries,  Bodhi tree, an ancient bathing pond, the Asoka pillar and the Mayadevi temple. Lumbini is one of the most important cultural heritage sites in Nepal.

The region has a historical value with  an exquisite treasure-trove of ancient ruins and antiquities, dating back to the pre-Christian era. Lumbini is endowed with a rich natural setting of rich fauna and favorable agricultural environment.